Tigard’s four-legged residents have been whining and howling a bit during the long two months the city’s three dog parks were closed due to the coronavirus pandemic.

But happy days are here again, and tails are wagging once more since the parks reopened in late May.

However, attendance has been spotty at the Ash Street, Potso and Summerlake dog parks, perhaps due to owners not getting the word about the reopening.

There were only a handful of people and pooches at Potso mid-morning on Saturday, May 30, and while the dogs weren’t interested in talking, their owners were more than happy to express their opinions.

“I checked online yesterday for open dog parks in the area, and it said Tigard’s were still closed,” said Josh Shearer. He said he has taken 1-year-old Monty, a Vizsla (Hungarian hunting dog), to the Tualatin dog park but prefers the Tigard parks.

“We came here once last summer, but Monty was a puppy, and it was just too much for him,” Shearer said. “We have been going to the Ash Street park a lot. It is nice, and it drains well, and this park becomes a swamp in the rainy season. Monty has been going to Wags (doggy daycare) while the parks were closed.”

“After I saw online that the parks were closed, I drove by to check on how the grass was growing and saw someone in here with a dog. And here we are.”

“They rough-house and play at home, and we have a back yard, but they love coming here,” Morrison said.

Also at the park was Jim Weber with his 6-month-old Whoodle, a Wheaten terrier/poodle mix named Porter.

“We just moved here and found this park,” he said. “This is one of the biggest dog parks in the area. This park is just wonderful.” 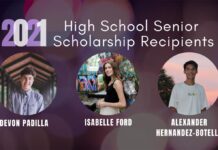 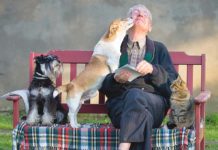